Imagine a time when we Crowd Source the expertise and far reaching resources of the Open Source Intelligence (OSINT) Investigator and Hacker Community for Noble Pursuits. THAT TIME IS NOW!
Accept the Challenge Join Noble Nerds doing Tech for Good. 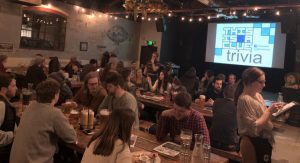 How it all began. Its an interesting story.

A long time ago in a bar far, far away…

A policeman and a hacker walk into a bar. Well the joke can go a variety of ways from here. Luckily it was no joke, and since your on this site and still reading you can surmise the two found common ground. The policeman was not much of a hacker but was willing to learn, and the hacker was not a fan of rules or government regulations you know “the law”. They both had been at a conference lets just called “A K0n” and both liked trivia contests and showing off how smart they were (back  then Buzz-time had two meanings). Well a few rounds later (games and drinks) and a few laughs later they had an idea how to work together. Nothing official just sharing ideas.

A seed is planted

From there a seed was planted. Today NobleNerds have evolved into a community of a mix of Investigators, Detectives, Analysts, Prosecutors, IT Professionals, Pentesters, and Hackers (White, Grey, and Black semi reformed)  to name a few. All utilizing their unique skills to further actual investigations. Other organizations have formed organically with similar well intentions. Tip of the hat to Trace Labs.org

Balancing between chain of evidence and judicial review we are incorporating crowd sourcing into investigations to bridge the gap between public and private sector for a common good. As they say Tech for Good. We invite you to join us by participating in a preregister ctf event.  In order to get started simply join our mailing list to be kept informed of events, conferences, and OSINT news.  We look forward to you joining and participating. Yes Participating adding your ideas and creativity to solve problems are what we are all about. This is your community and you have a place here. See you on the other side.

NobleNerds.org
Translate »
You are awesome just for joining and for subscribing! Yes, the spam gods will check to make sure you opted in. You know what to do.